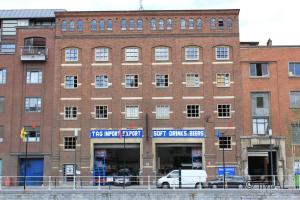 iMAL’s building is located along the canal of Brussels, on the northern border of the city center, between the trendy Dansaert street and the multicultural neighbourhood of Molenbeek. This old industrial building was originally a flourmill and now hosts several creative companies and organizations. For the festival, the windows of the building will be transformed into 'vintage' pixels while the courtyard will welcome mobile projections. The iMAL venue will also host workshops and debates.

Each window will be equipped with LED lighting controlled by a DMX-512 controller.